All about the new Formula K Race Line Light

The new Formula K Race Line LIGHT allows IPKarting to maintain safety and functionality at the heart of its rental offering, but at the same time takes components and driving sensations to a new level, drawing heavily on the experience gained in the world of racing. Thanks to a record weight for the class, aesthetics directly inspired by competition karts, numerous solutions for utmost comfort and even a fully electric version, the new rental kart by Formula K is a product that can satisfy everyone. Let’s take a closer look at its characteristics. 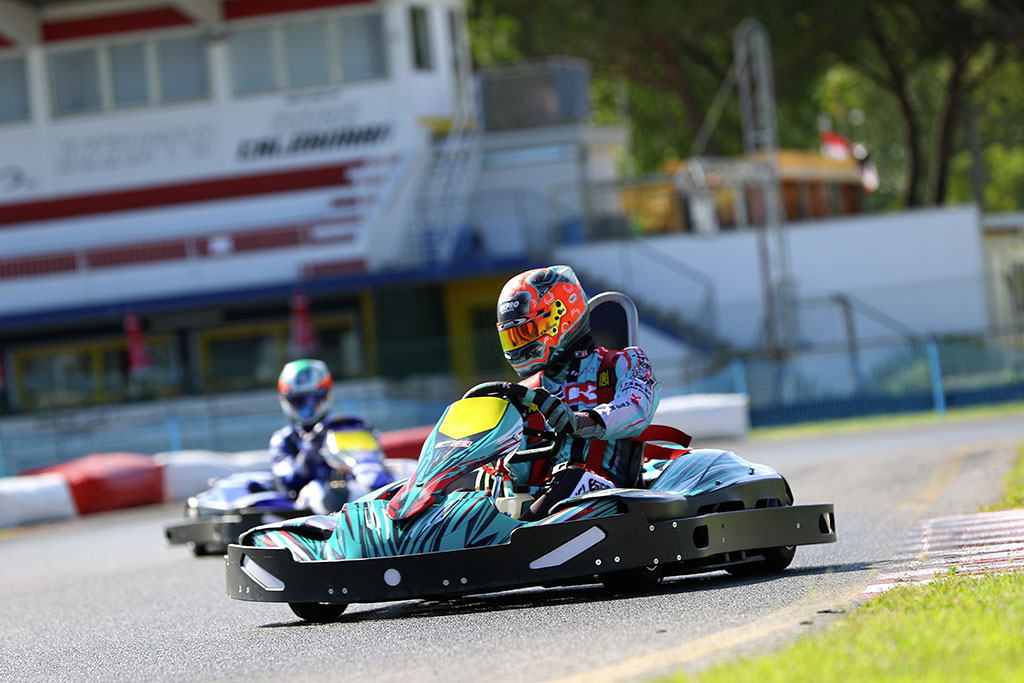 Thanks to a chassis that is closely related to those used by Formula K in the most prestigious competitions, the new Race Line LIGHT equipped with a 4-stroke engine manages weigh in on the scales at under 120 kg. In the search for maximum lightness, it must be said that IPKarting engineers did not overlook the aspect of sturdiness, equipping the body with 32 mm diameter tubes and reinforcing the areas under greatest stress, such as the attaching point of the Cs to the chassis and the welds between the side longerons and the front tube of the chassis. With a mass of only 17 kg, the Tillotson 350 engine, the model chosen by IPKarting for the petrol engine version, also contributes to making this a class-leading product. 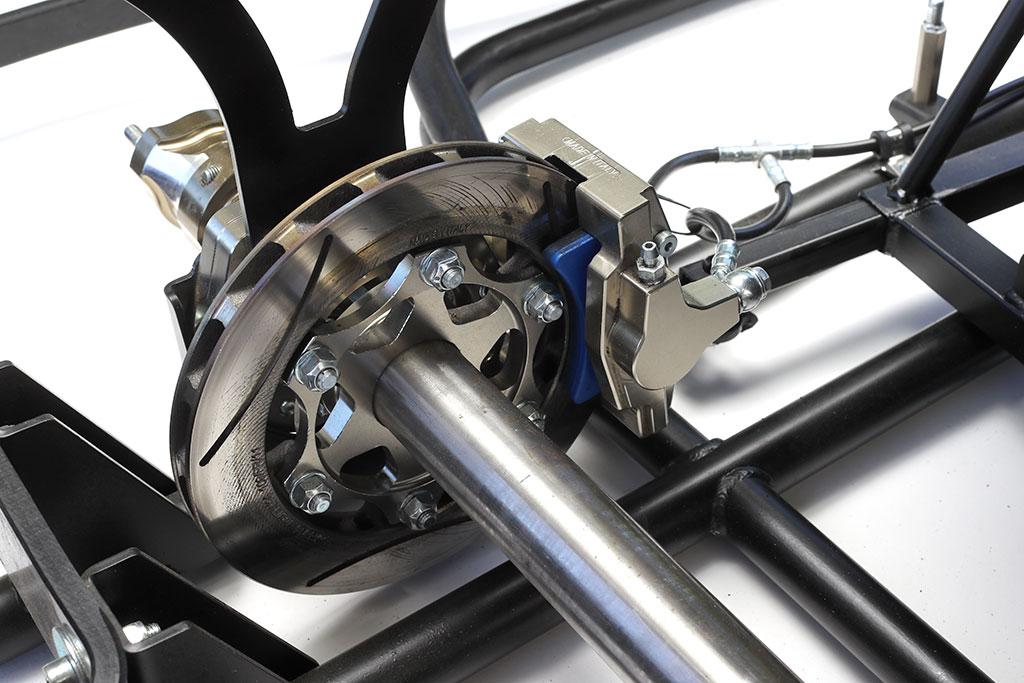 The racing components found on the Race Line LIGHT testify to the close link between the new Formula K rental and the racing world. The rear brake, for example, consists of an aluminium one-piece caliper with radial mounting and two pistons, which acts as a ventilated, non-floating 195 mm diameter disc, with grooves on the faces to ensure uniform pad wear. At the front, the ring nuts mounted on the Cs allow a wide range of adjustments to the geometries, while appropriately positioning the spacers above and below the stub axles and using the screws on the bearing housings at the rear make it possible to adjust kart height.
A 300 mm steering wheel mounted on an inclined hub, just like on competition karts, and class-leading weight in the rental sector mean drivers will enjoy a unique driving experience while limiting physical effort. 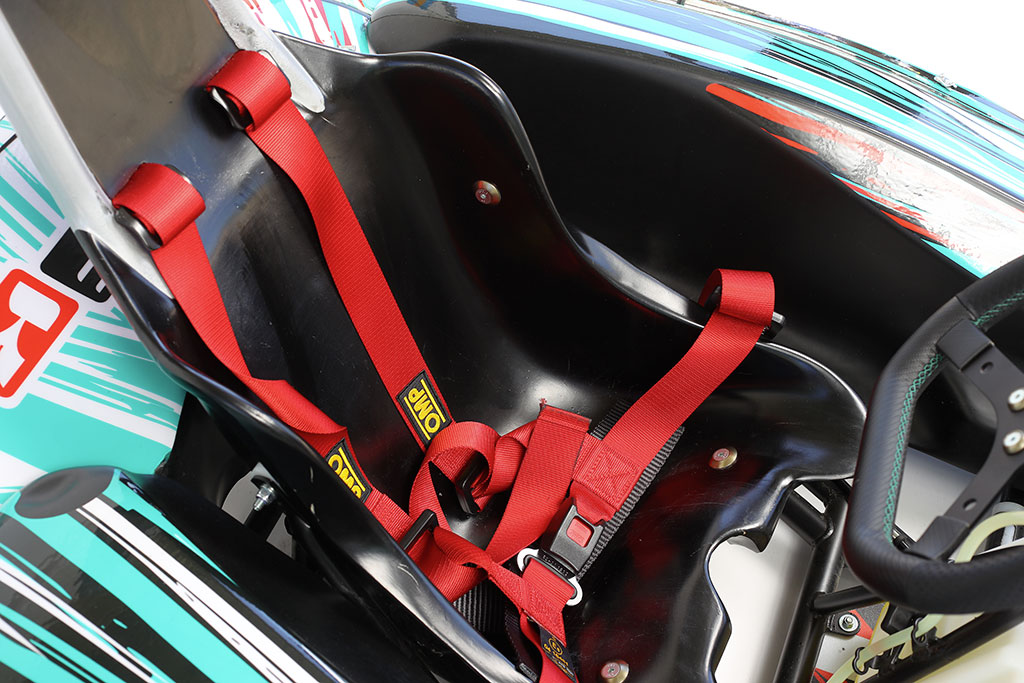 On the Race Line LIGHT, IPKarting has developed an outer fairing that entirely surrounds the kart, while curved inserts placed between it and the chassis are tasked with dampening impacts, thereby protecting the driver. On the front, we also find a device designed for the more violent impacts, consisting of a 32 mm tubular structure (just like the frame) placed in front of the pedals and equipped with springs for even better dissipation of the force of impact. The safety compartment is also equipped with an optional roll-bar with quick-release belts that protect the driver’s safety even in the event of a roll-over. 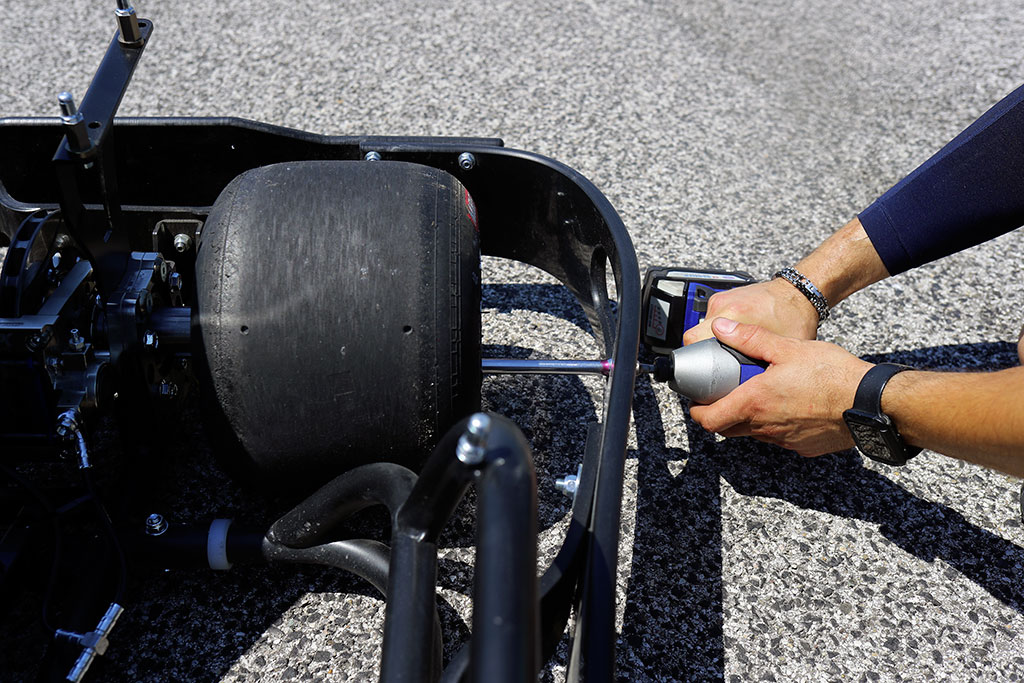 Reduced tyre wear and fuel consumption, also thanks to incredibly low weight, combined with solutions to increase the longevity of the vehicle and its components, such as the cut-off system that prevents drivers from accelerating and braking at the same time, make the Race Line LIGHT a formidable solution for operators of kart rental facilities.
Much care has also been taken to facilitate maintenance operations, thanks to openings found on the outer fairing that allow tyres to be replaced quickly without having to disassemble other parts of the kart. The cover that prevents drivers from coming into contact with moving parts, consisting of only 3 pieces, can be removed and repositioned in just a few steps thanks to 9 practical quick-release clips.

A KART FOR EVERYONE

In the rental sector, it’s very important to have a product that can adapt to all needs. IPKarting is well aware of this and that’s why it has equipped the Formula K Race Line LIGHT with a seat mounted on two rails capable of sliding it 8 cm back and forth by simply operating a lever positioned on the left side. As for the pedals, that have been designed to prevent the foot from slipping away, there is a component that can be rotated to allow them to be brought 5 cm closer or further away.

ELECTRIC VERSION ALSO AVAILABLE
The Formula K Race Line LIGHT also amazes in its Electric version which, together with its engine and battery pack, manages to weigh in at only 145 kg, without compromising the dynamic characteristics of the petrol engine version. This version of the Race Line LIGHT also offers other advantages, such as the ability to adjust engine performance through mapping to adapt to customer needs or different types of circuits. Autonomy, amounting to a full two hours, and ease of recharging, which doesn’t require the removal of the battery, are also features that stand out.