Formula K is the KZ World Champion with Jeremy Iglesias

The extraordinary success achieved at South Garda Karting provides IPKarting its second World title in the highest gearbox category, the first with the Formula K brand. In KZ2, Giacomo Pollini comes in at the third place position on the podium.

The 2020 FIA Karting World Championship KZ ends with the triumph of the Formula K brand and Jeremy Iglesias, the official driver for the Formula K Racing Team led by Cash Van Belle. The success obtained at the South Garda Karting in Lonato is a source of great pride for the whole IPKarting group which, once again, is validated with the several superiorities of its TM Racing (by Cédric Sport) equipment, the results of the incessant research and development work carried out in close collaboration with the racing division.

The victory comes at the end of a weekend raced consistently having been in the first positions, even in the wet conditions encountered in the first two days. In the qualification rounds, disputed under the rain, Iglesias manages to achieve the second-best time in his group to then record two third spots and finally, a victory in the last heat raced on Sunday morning. A list of great achievements resulting from the great adaptability of our materials to any track conditions, which guarantees the French driver the opportunity to start off from the front row in the decisive race. 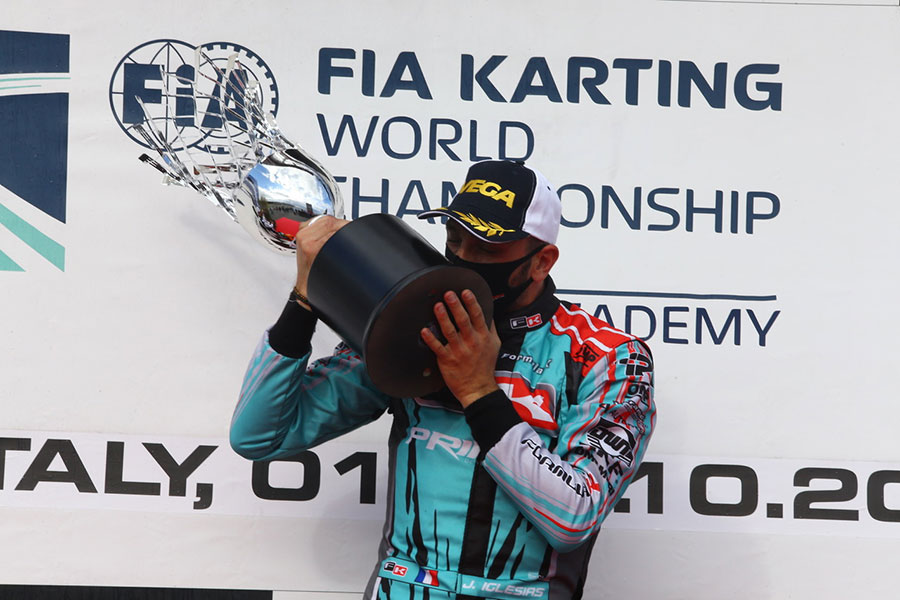 In the finals, after a fantastic start where Iglesias immediately takes the lead, the Formula K equipment provides an amazing performance for all 25 laps of the race. Even when the opponents become more aggressive and Iglesias is forced to momentarily give up the lead, the Frenchman takes only one lap to regain the position that he will maintain until the end of the race, using his Formula K EVO pulling off an incredible overtaking which will give him the victory at the mechanics hairpin turn. The final has seen the participation of Petr Ptacek with an RS Kart who unfortunately slipped to the last position during the heat due to contact with another driver but managed to improve his starting position making his way through the group. His performance in the previous stages of the race was excellent, especially considering that Petr, for years, has been racing in single-seater competitions rather than karting ones. 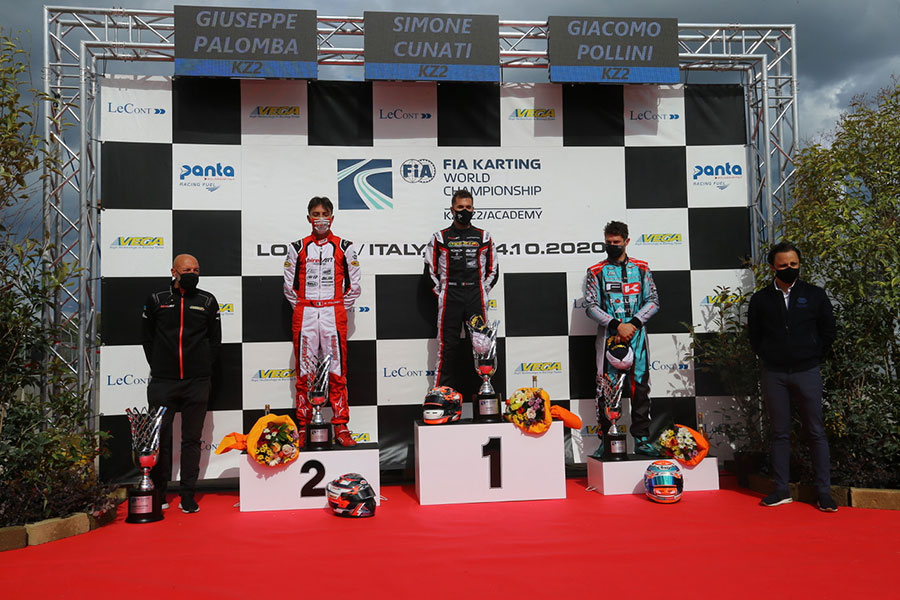 The Formula K Racing Team and the IPKarting chassis are the focus in KZ2 as well, where Giacomo Pollini obtains a sensational third place after starting the race from the eleventh spot. Thus, the Italian completes an amazing comeback from the 45th position recorded in the prematurely interrupted qualification rounds, even managing to put his signature on a fast lap in the Qualifying Heats, always closing in the top 10 group. An excellent performance of Natalia Balbo who in the finals, conquered it thanks to a constant progression in the heats, and manages to overtake 11 opponents.

The next engagement with the track for the Formula K Racing Team is now set for the next World Championship with the OK and OKJ categories, scheduled in Portimao, Portugal from the 6th to the 8th of November.